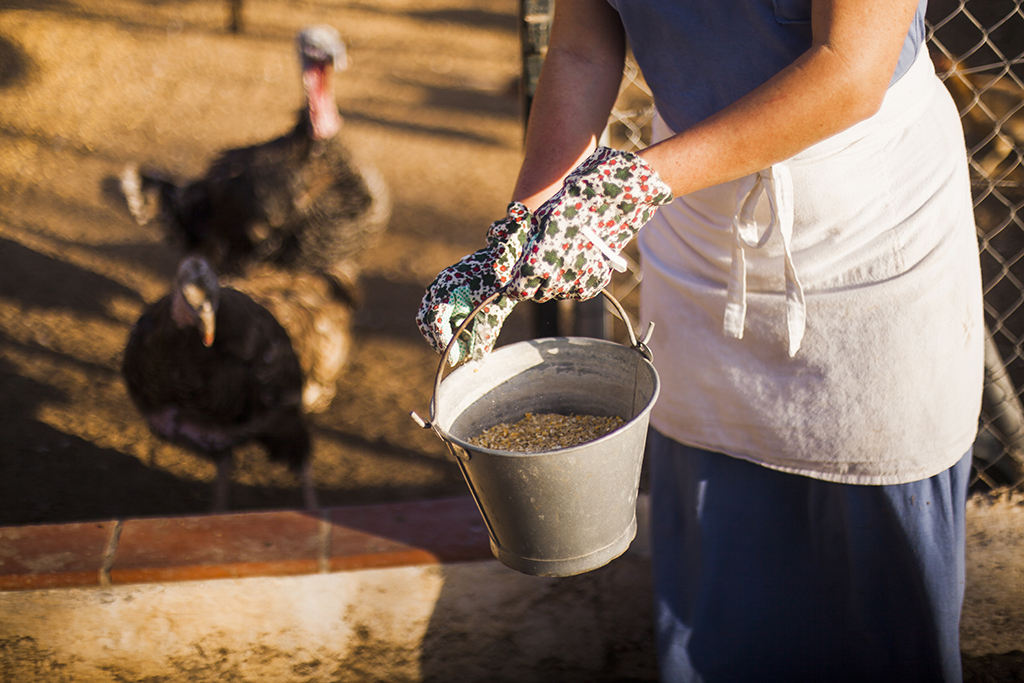 Things you should know about feed additives

● What can feed additives do for poultry and livestock farming? 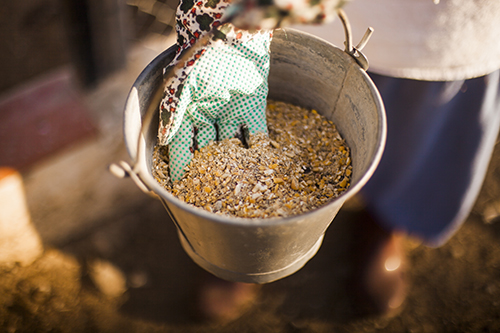 Feed additive is an additive of extra nutrient or drug for poultry and livestock. It has usually been used in microquantities and to improve the rate of gain and feed efficiency.

Feed additives also require careful handling to prevent and control disease, as well as to fight against untoward environmental influences.

Intensive farming becomes mainstream of the agriculture concerning the increasing demand for productivity. Meanwhile, the high-density culture runs the risk of spreading the disease and even leading to an outbreak.

With the extraordinary capability to inhibit viral infection, VAP and ImmuniVAP are the key feed additives to prevent virus entry and spread.

Though the invasion of the pathogen can merely be identified at first, VAP and ImmuniVAP can initially trigger spontaneous reactions of the mucosal immune system to inhibit viral entry and infection.

With the help of VAP and ImmuniVAP, disease progression and the number of outbreaks can be effectively declined to safeguard farm owners’ best interests.

● What can VAP and ImmuniVAP do as feed additives? 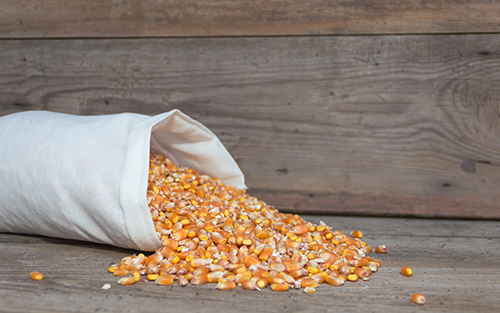 Feed additives are developed for poultry, livestock farming, and aquaculture, to improve biological functions such as digestion, ingestion, absorption, growth, and health.

As a broad-spectrum-antiviral feed additive formulated with VAP, while interacting with various viruses, ImmuniVAP also contributes to the existence of specificity in protection based on a well-functioned immune system.

So WHY VAP and ImmuniVAP can make this happen? By helping the immune system to identify invading PRRS virus and avian influenza virus through the M cell, VAP will also trigger the sequentially immune response to generate exclusive IgA against the targeted virus.

Simply speaking, ImmuniVAP is an extraordinary feed additive equipped with features of both specificity and nonspecific protection.

● What ingredients would be included in feed additives? 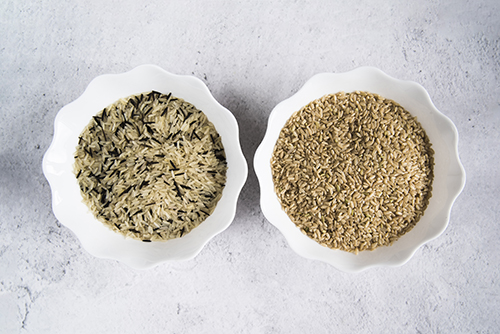 Feed additives with micronutrients are developed for livestock, poultry, and even aquaculture feed as extra nutrients.

The abuse of antibiotics may result in negative impacts on both animal and human health.

Growing health consciousness in recent years has led many people to boycott animal products with antibiotics. VAP and ImmuniVAP can be used as the best replacement of antibiotics with even better performance of ADG(average daily gain), litter size, egg-laying rate, FCR(feed conversion ratio), FER(feed egg ratio), and livability.

Feed additives refer to a particular ingredient or combination of ingredients added to the basic feed mix or parts to fulfill specific requirements.

In recent decades, rapid growth in animal agriculture enterprise has led to a growing demand for feed additives to maximize intake nutrition and productivity. However, intensive farming may result in increased diseases, growth retardation, and shortened service life of farms. Therefore, VAP and ImmuniVAP are solutions that are offered to guarantee efficiency and total value maximization for intensive farming. 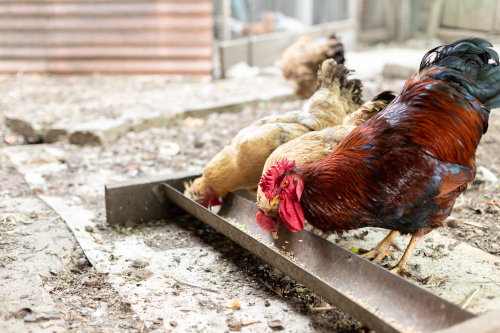 Poultry, especially chickens, are very sensitive to changes in the environment, and hence the formulation of feed would cause significant impacts on egg-laying rate and chicken meat production.

In fact, it is always too late to detect viral invasion because the virus spreads across the whole farm in the blink of an eye.

The outbreak comes thick and fast, leading to massive mortality and loss of productivity.

This is the worst nightmare for all the poultry farmers. Adding VAP and ImmuniVAP as feed additives will safeguard the frontline of the immune system, inhibiting viral entry, and preventing viral infection. 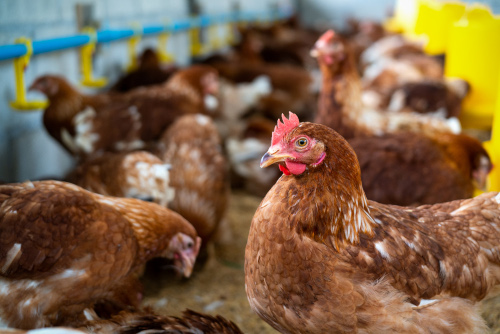 Pig is a fecund specie. The litter size of sows and meat production could be easily affected by environmental conditions as well as feed formulation. Even if modern pig farms are built with advanced equipment and facilities, the risks of viral invasion are still inevitable.

According to years of our on-site experiences, there are two most effective approaches to contain viral diseases:

Aquaculture, also known as aquafarming, here referring to the farming of mostly fish and crustaceans such as shrimp and crab, is an industry with high risk and high return.

Though the breeding rate is generally not as expected, the revenue is relatively significant when supply falls short of demand.

Cultivating in underwater habitats, biosafety has never been an easy topic for aquaculture farmers for diseases are always too late to be discovered.

Once encountering an outbreak of viral infection, enormous losses are inevitable.

Battling with the invisible enemy, virus, an unprecedented approach is needed.

Here we introduce VAP and ImmuniVAP to the whole farming industry.

With a positive cost-performance ratio and decrease of drug dosage, VAP is no doubt the best choice for aquafarming!

● What is the egg-laying rate? Does it have something to do with feed additives?

The egg-laying rate is also known as the ratio of egg production which can be calculated as below:

To be more specific, for instance, in the same cage, if there are 100 hens and 92 eggs are collected on the same day, the egg-laying rate shall be 92%.

When the chicks reach 21 weeks of age, they would be considered mature enough as hens/layers in their commercial laying stage.

The typical lay circle of hens usually lasts for twelve months until they are about 72 weeks old. It has been proven that with VAP and ImmuniVAP added as feed additives, the yearly egg-laying rate would increase from 10 to 30 percent with better quality and improved performance of FER(feed egg ratio).

● What can feed additives do for the battle against the virus? 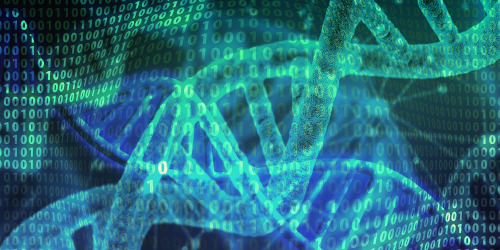 Nearly all kinds of viruses invade the human body or animal’s body through the mucous membrane. From the respiratory tract, lungs, and gastrointestinal tract,where the epithelial layer is covered by the mucous, might be the breach of viral invasion and infection.

Simply speaking, mucosal immunity is the frontline that helps to block viral infection. During the “latency period” or “incubation period”, since there’s only a small amount of virus existing in the body, symptoms usually could not be sensed.

After a certain time when the virus massively replicates its genome, the pathogens become numerous enough to brutally attack the immune system or causeimmunosuppression. It cracks a gap for other germs or viruses to swoop in and bring out complications such as organ failures or septicemia.

Adding VAP and ImmuniVAP as feed additives helps the immune system to get ahead of the game to initial target invading viruses, inhibit viral replication, and contain the whole viral disease process.

According to our on-site experience at the farms, VAP and ImmuniVAP have been contributing to: 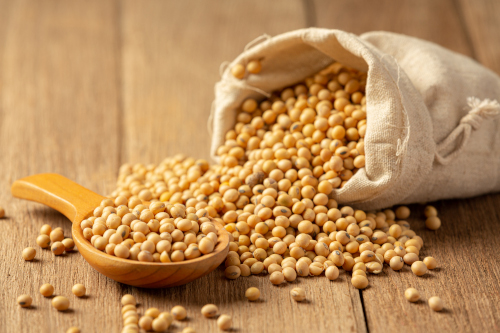 VAP refers to “Versatile Adhesion Protein”, a functional protein found in the natural world with its capability to prevent infectious diseases. The mechanism of VAP includes three key features: