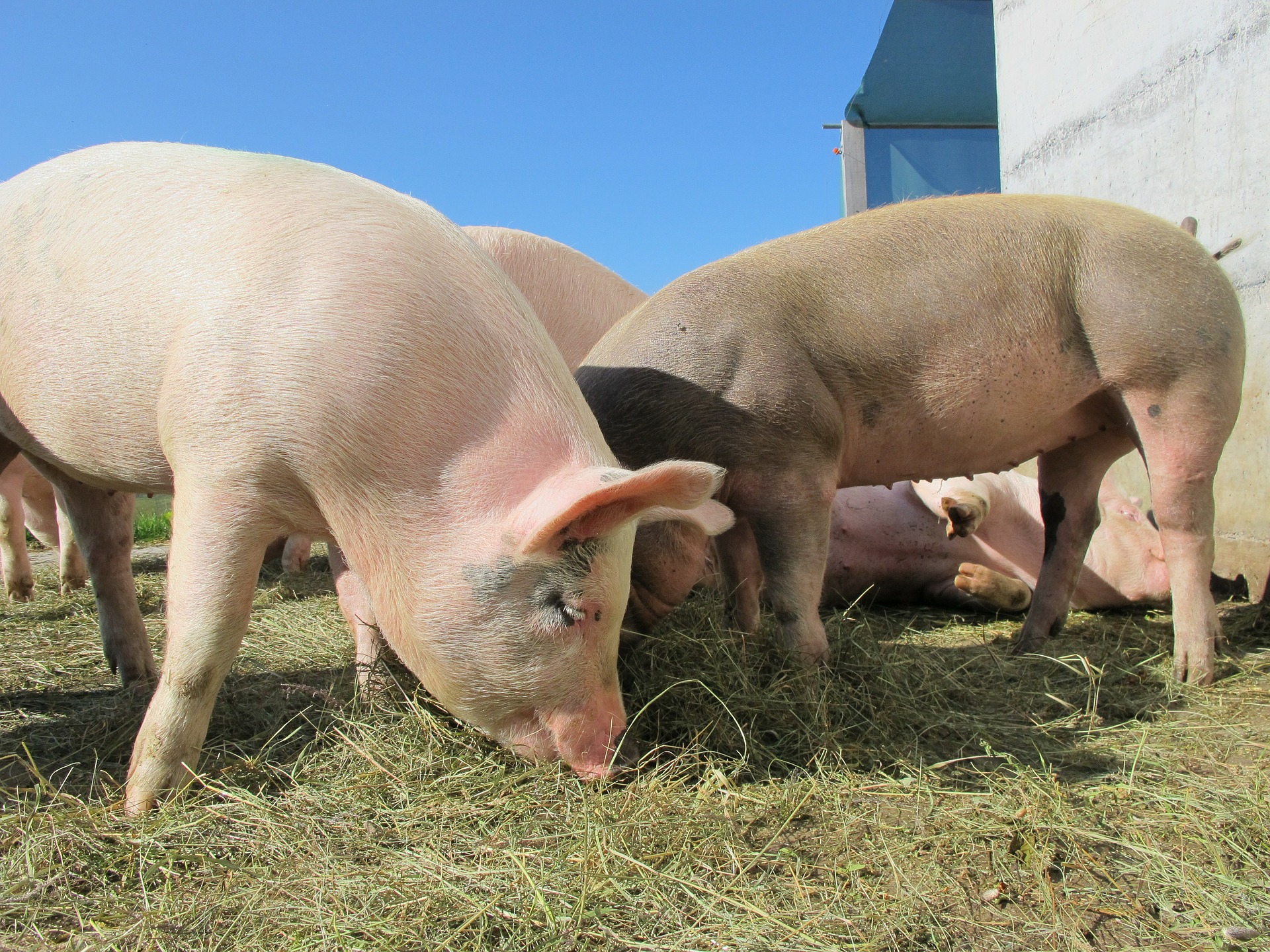 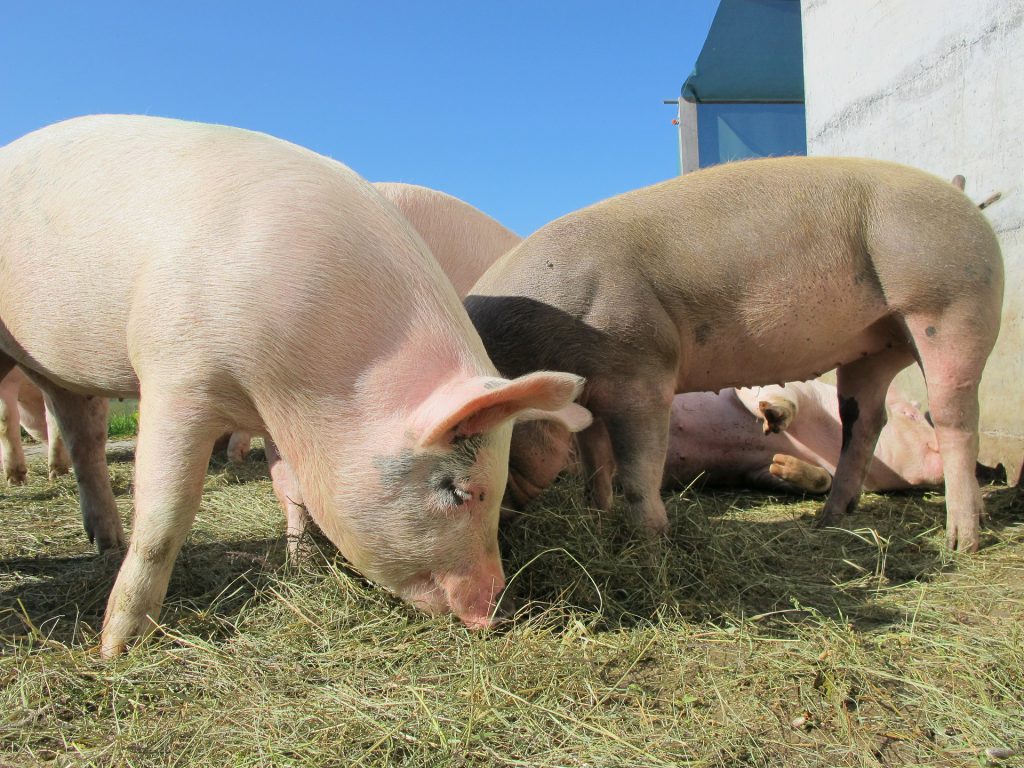 What is PRRS? How does it affect the pig farming industry?

PRRS is a well-known viral disease in the world second only to African swine fever. This disease has a tremendous impact on the pig livestock industry. If sows are unfortunately infected with PRRS, reproductive disorders are inevitable. They are also very likely to abort in the later stages of pregnancy, or stillbirths may be absorbed in the fetus. The production of piglets has always been troubled by the PRRS disease. Over time, the annual production rate will also be significantly reduced. Severe respiratory diseases and immunosuppression will be seen on piglets if they are infected with PRRS, resulting in vaccine failure and multiple infections. If the symptoms are mild, the pigs grow slowly, increasing the cost and risk. When PRRS gets serious, a large number of pigs will die and cause heavy losses to the farmers. PRRS is an infectious disease in pigs that affects the performance of pastures. The ImmuniVAP feed additive can help farms reduce the impact of PRRS virus on pigs. By enhancing the immune system’s autonomous protection function, it can slow down the spread and infection of PRRS virus, protecting the efficiency of pig farms and the assets of farmers. 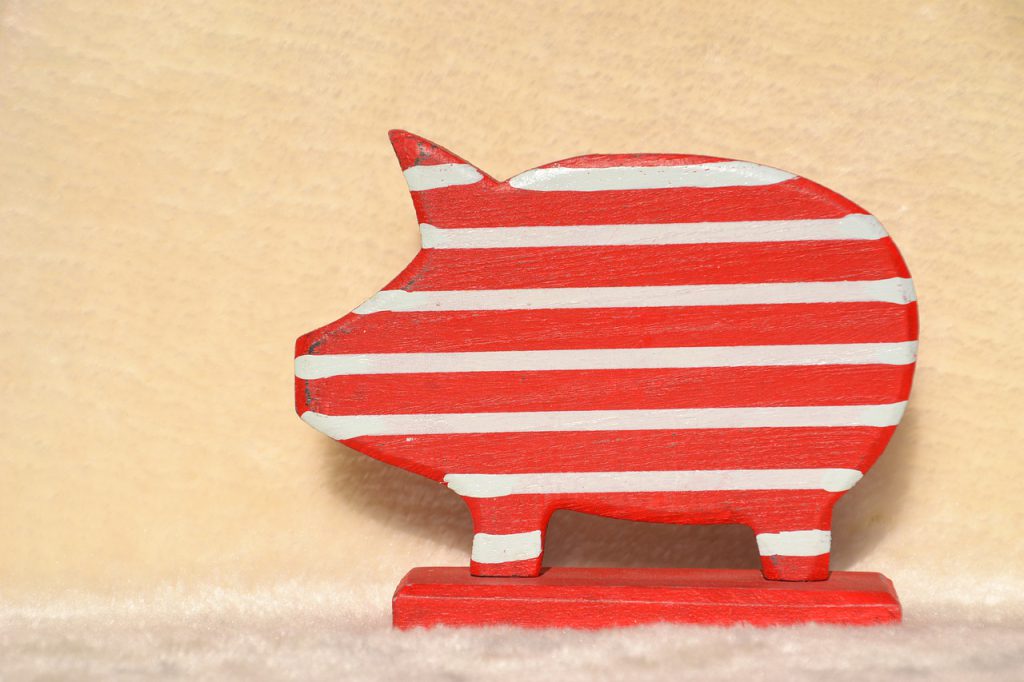 What are the routes of PRRSV infection?

PRRS virus (PRRSV) infects pigs in many ways. Direct contact in the swineherd can easily cause the spread of PRRSV is the main route of infection of PRRSV. Farm staff, equipment, needles, feed, non-pig hosts (such as poultry, rats, etc.), etc., are also routes that should be aware of. PRRSV infects pigs through the mucosa of the respiratory tract and the digestive tract. Most of the modern animal farms are on a certain scale.
The main factor of disease spread is clusters, and viral infections often come from close contact between pigs. In terms of farm operations, it is generally impossible to isolate individual pigs or restrict the movement of on-site staff. Therefore, once the PRRSV virus enters the pig farm, it is almost impossible to cure it.
The production efficiency of the pig farm will also be negatively affected in the long term. Using ImmuniVAP feed additives in the daily feed can help pigs neutralize the virus from the mucosal layer, thereby reducing or blocking the transmission and spread of the PRRS virus. For individual pigs, ImmuniVAP can also lower the chance of becoming severely ill due to PRRS virus infection, and reduce the mortality of pigs in pig farms. ImmuniVAP feed additive is one of the few immune system nutrients in the world that may completely eradicate the PRRSV virus from the pig farm. Regular and long-term dosage can maintain the productivity of the pig farm and the pigs’ health condition.

When dose PRRS occur mostly in a year?

PRRS is a viral disease that threatens pig farms throughout the year. Under Taiwan’s weather conditions, there are usually two periods when PRRS is prone to occur: firstly, the rainy season during the Qingming Festival. The other would be when autumn and winter meet and the temperature difference between day and night is significant.
The weather is closely related to the pigs’ health. The oppression caused by environmental changes is mainly the cause of the pig’s illness:
All kinds of oppressions may open a door for the PRRS virus to lurk in the pig’s body at any time. Infection occurs when pigs are in poor health, causing various negative chain effects and affecting the output value of the entire pig farm. ImmuniVAP feed additive contains abundant β-glucan. Glucan can effectively provide energy for cell self-repair and help cells to communicate with each other smoothly. Therefore, ImmuniVAP can contribute to the effective response of livestock animals to changes in the external environment. Once the animals’ ability to resist oppression is reinforced, the risk of being infected with viral diseases can be reduced. 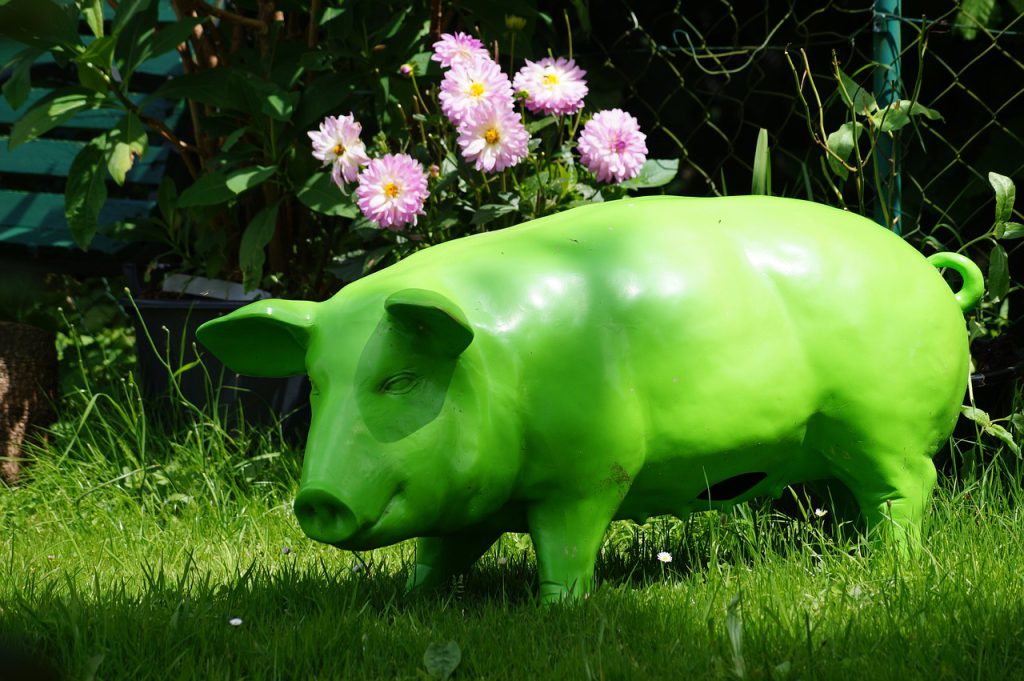 What impact does PRRS have on the Animal Farming Industry?

PRRS causes tremendous losses to the pig industry every year. It is an infectious disease of pigs that seriously affects the performance of pastures. It is also a risk which pig farms find hard to control. PRRS could increase the mortality of piglets and slow down piglets’ growth, resulting in low production of sows, invalidation of vaccine drugs, etc.
ImmuniVAP is a feed additive that can help farms fight against the threat of the PRRS virus and improve the efficiency of pig farms. The idea of ImmuniVAP feed additives is not to treat, but to reveal that”prevention is better than cure”. Long-term low-dose use of ImmuniVAP can effectively achieve three goals of stable pig farms:

Are there strategies for PRRS in the livestock industry at present?

There are basically two approaches for PPRS for the modern farming industry: biosafety and vaccines.
Biosafety measures including:

Do the strategies for PRRS work? Is there any better solution toward this horrible disease?

Pig farm owners have been dealing with PRRS through BIOSESURITY and VACCINES for decades. Are these efforts really contribute to positive results to resist PRRS? SenMu would like to also launch a discussion in terms of biosecurity and vaccines: 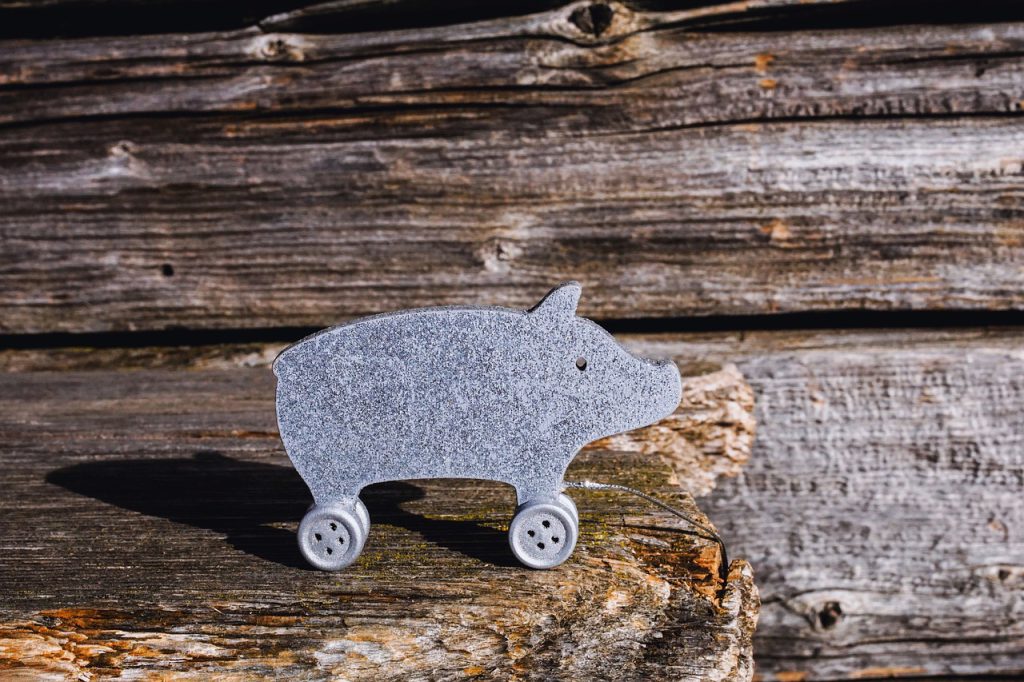 Biosecurity
A farm with complete biosecurity plans does equip with certain abilities to prevent and control foreign virus intrusion. But is it truly possible to completely block PRRS out of the pig heard? No one can give an absolute answer. Perfect biosecurity measures involve a wide range of objectives. For example, livestock barns, equipment, staffing, etc., all of these require a large and long-term investment of capital and manpower. However, once the virus invades, compared to those farms with poor management, the ones with good control are more likely to encounter frequent outbreaks and heavier losses. Why? After a long-term observation on the front line, experts from SenMu have summarized several key reasons:

The development of ImmuniVAP feed additive is to solve this hard-core problem! Almost all viruses invade and infect animal bodies through the mucous membrane. If the protection can be built from the mucous membrane, it is equivalent to producing a solid invisible shield for biological safety. ImmuniVAP feed additive can help the pigs’ immune system to initiate mucosal immunity at the very beginning when the virus invades. With daily intake of ImmuniVAP feed additive , a huge amount of IgA antibodies that target the PRRS virus can be generated in the mucosal layer. This antibody exists in the mucosa of animals, which can effectively neutralize the PRRS virus. Therefore, the virus cannot cause infection through the mucous membrane. If there is no infection, pigs will not get sick and contagious.

Vaccination
The vaccination of pigs helps to reduce the chance of cluster infection, morbidity, and mortality. However, once the virus mutates, the protection of the vaccine will inevitably be weakened or ineffective. Even if the PRRS vaccine is commonly used in the pig farming industry, no breeder can rest easy due to the unpredictable mutation of the virus. To deal with the predicament brought by the virus, SenMu has been working on developing a total solution and finally come up with ImmuniVAP feed additive —with a long-term and daily use of ImuuniVAP feed additive as a feed additive, the insufficiency of the vaccine can be effectively made up. ImmuniVAP feed additive helps pig farms to fight against viral diseases through the following approaches: 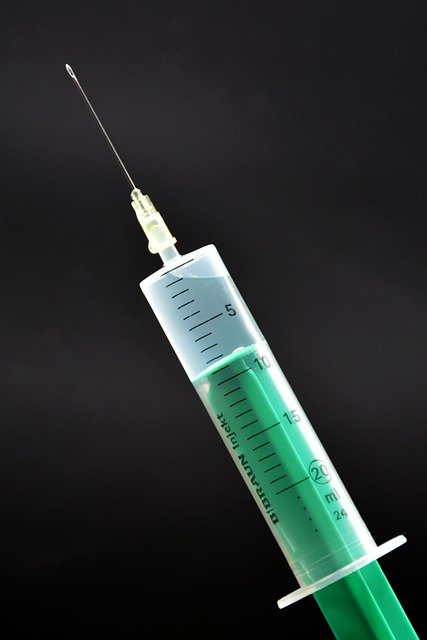 PrevPreviousThings you should know about feed additives
NextWhat is non-nutritive additive?Next
Scroll to Top